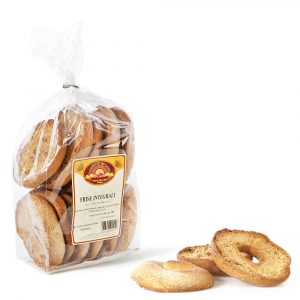 Durum wheat friselle or frise, of which it’s been told in the Aeneid, are known to the Apulian tradition as bread of the Crusaders, as they contributed to the support of the Christian troops during the wars.
The dough of friselle is obtained by the leavening of durum wheat flour, salt and yeast processed by hand to make an homogeneous mass; then you proceed to cut into desired size and according to local tradition.
In Altamura the friselle look like crunchy donuts and, in the farming tradition, this delicious toasted bread represented the traditional meal of the peasants, who dipped them in salt water and seasoned with fresh tomatoes, garlic, arugula and extra virgin olive oil.
Today friselle have become one of the most noble symbol of the typical Mediterranean cuisine, accompanied by delicious dishes including fish soups and vegetables, and is served in fine restaurants that recover the Apulian cooking tradition associating the poor recipes to elaborate meals. 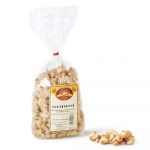 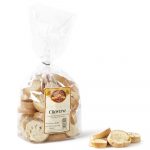 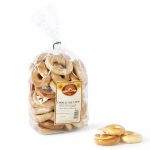 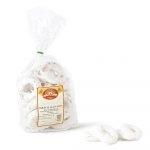